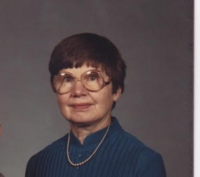 Lois S. Danis passed away peacefully at The Kingsway Arms Nursing Center on October 6, 2021. Born on March 31, 1925 in Troy, she grew up in Schaghticoke and Mechanicville. She attended Mechanicville High School graduating in 1942. Following high school, Mrs Danis studied nursing at Nathan Littauer Nursing School and became a registered nurse. She worked as a nurse and eventually as a nursing supervisor at Ellis Hospital in Schenectady for many years, retiring in the late 1970's. Mrs. Danis was a member of the Niskayuna Reformed Church and was very active in various organizations and yearly events at church. She cooked, baked, and worked at many Strawberry festivals,Antique shows and Rummage sales over the years. She was particularly fond of the music she enjoyed each Sunday at church. Lois was an outstanding baker and all of her children and grandchildren knew exactly where the cookie jar was in her house. She was predeceased by her husband Warren H. Danis and her daughter Nancy (Wolfgang) Elsner. She is survived by two sons John (Bonnie) Danis of Renessalear Falls New York and Michael (Ellen) Danis of Latham New York; and 6 grandchildren Russell (Lisa) Elsner, Tim(Aimee) Elsner, Jacqueline (Casey) Bill, Byron (Tory) Danis, Gregory(Grace) Danis, Lauren Danis and 6 great grand children. The family is very grateful to all the staff at Kingsway who treated her with kindness and respect as she progressed through the various stages of dementia. Visitation will be held Monday October 11at Daly Funeral Home on McClellan Street in Schenectady starting at 10:00 am followed by an 11:00 service. Following the service internment will take place at at the Niskayuna Reformed Church Cemetery.