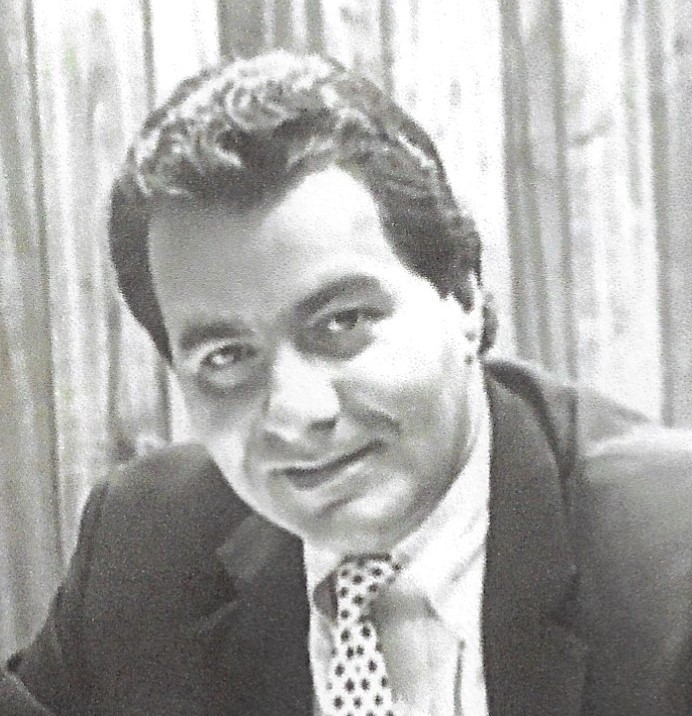 Please share a memory of Warren to include in a keepsake book for family and friends.
View Tribute Book
DeSantis, Warren With heavy hearts, the DeSantis family is saddened to announce the sudden passing of Mr. Warren P. DeSantis, 75, of Wellington, Florida, during the early morning hours of Friday, July 23rd. Warren was born on Christmas eve in 1945 in Schenectady, New York, to Mr. and Mrs. Al DeSantis. He graduated from Linton High School in 1963, where he was a star basketball player and multi-recipient of the best dressed award. Following high school, he received a basketball scholarship at the University of Miami and later graduated from Hudson Valley Community College. He was drafted into the United States Navy during the Vietnam war and was honorably discharged in 1968. He had many incredible careers and business ventures, including a New York City bar owner and concert promoter for the likes of Bon Jovi, The New Kids on the Block, U2 and Lollapalooza, to name a few. He was a race secretary and general manager of multiple harness horse racing tracks, including Meadowlands, Redmile, Pompano and Saratoga Raceway. Perhaps most of all, Warren and his family, with father Al and brother Dick, were an important part of Schenectady sports history. Outside of his business ventures, Warren's passions included telling his infamous stories, collecting wrist watches, being a clothes horse, watching basketball games as a die hard Miami Heat fan, and, most of all, his children. He was known for his sharp memory, allowing him to recall events, team rosters, style choices, game scores and winning horses — even if it happened over 50 years ago. Warren had an innate ability to light up any room he walked into. His personality was infectious from the moment you met him. He had a heart of gold, he would do just about anything for anyone and he was loved by all who met him. He was also known as a "bonus Dad'' to many of his children's friends and was always there to give his expert advice, solicited or not. He also liked to slip the casual brag of how he was a beauty pageant judge, therefore he "knew women". Warren is survived by Karen, his loving wife of 37 years, and his two children. Darren, 32, of Wellington, Florida, and Kristen, 28, who is a registered nurse in Portland, Oregon. In addition to his immediate family, he is also survived by his cousin Tommy Isabella, sister in law Kelli DeSantis, brother in law and his wife, Mr. and Mrs. Ron Borella, niece Josephine Borella and countless friends, many of whom knew him since childhood and were inducted into the "Warren Watch Club". He is predeceased by his parents, Gloria Volpicelli and Albert DeSantis, former Union Star sports editor, and brothers Patrick and Richard "RW", former harness driver, trainer, and judge. A Mass of Christian Burial will be celebrated Monday, August 9, 2021 at 11:00 am at St. John the Evangelist, 806 Union St., Schenectady, NY 121308. Calling hours will precede the Mass from 9:00 am to 11:00 am at the church. Interment will be in Most Holy Redeemer Cemetery, Niskayuna. The family respectfully asks those attending to please wear masks. In lieu of flowers, the family would like to share charities important to Warren to be made in his memory: Boys & Girls Clubs of Schenectady, PO Box 466, Schenectady, NY 12301; Wellington Community Foundation Inc., 12794 Forest Hill Blvd. Suite 19F, Wellington, FL 33414 or Thoroughbred Retirement Foundation (TRF), 10 Lake Ave., Saratoga Springs, NY 12866
To plant a beautiful memorial tree in memory of Warren DeSantis, please visit our Tree Store

Look inside to read what others have shared
Family and friends are coming together online to create a special keepsake. Every memory left on the online obituary will be automatically included in this book.
View Tribute Book
Services for Warren DeSantis
There are no events scheduled. You can still show your support by planting a tree in memory of Warren DeSantis.
Plant a tree in memory of Warren

Share Your Memory of
Warren
Upload Your Memory View All Memories
Be the first to upload a memory!
Share A Memory
Plant a Tree