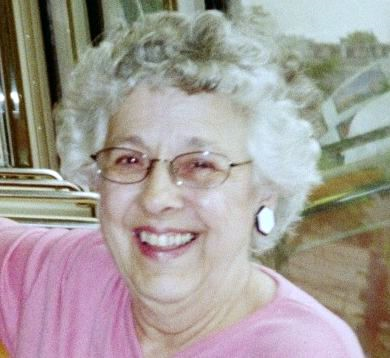 Born in Little Falls, NY on March 4th, 1926, Mary was the proud daughter of immigrants, Mary and Pasquale (Patsy) Croce.  She and her four siblings, Joseph, Thomas, Rose, and Theresa herself an immigrant, were all products of public schools in St. Johnsville.  Mary met Henry (Hank) Mastracco in grade school.   Following his service in the United State Navy in World War II, their friendship was rekindled, one that blossomed into love and then a marriage lasting over 64 years.  After graduating from high school in 1943, with a summer break of just one week, Mary went to work for the Beech Nut Company, remaining in their employ for over 40 years, honored regularly by the company for her work.

Mary was a devoted daughter, wife, and mother who felt family was everything and everything derived from family.  It seemed she always, without failure, put others before herself.  Her devotion to family was a benchmark of her entire life.  As her siblings grew, marrying and moving away to start their own families, she worked hard to keep the familial connections.  Along with her mother, she made her parents home at 18 East Liberty Street, a gathering place for almost any celebration, be it an anniversary or a birthday.  Christmas and Thanksgiving were a given, with both sides of her family in attendance.  Often, there was no formal reason to gather.   If you visited, you were staying for dinner.

When her sisters visited, the three of them held court in their mother’s kitchen.  Devoted to her brothers, she had a special bond with her sisters, using the telephone or taking time to write, exchanging letters.  On one occasion, her husband upon observing them together, christened the trio, "Chit, Chat and Chew".  Visiting family was a staple.   She and her husband with their son in tow, traveled to Mohawk, Green Island, Fort Plain, Canajoharie, Schenectady, wherever family had moved.  Mary shared her mother's belief that the dinner table was the center of the home, and she carried that tradition to her own home on 9 Crouse Boulevard.  Sunday breakfast became brunch with family and New Years Eve became, "Why don't you just come on down."

A communicate at St.  Patrick's Church in St.  Johnsville, faith and the parish were arguably as important as family, just one of many beliefs she and her husband shared, and that belief over time, formed a strong, lasting bond.  Mary prayed the rosary almost every evening.  Despite her busy life and long days, with a workweek beginning at 3:30 AM, so that she could make the morning shift at the Beech Nut, Mary had a wide array of interests.   Somehow she found time to pursue them.

At the top of the list, were politics and government.  As her mother gave her the gift of family and devotion to it, her father gave her the gift of patriotism and love of country.   On more than one occasion, she would quip that flags were flown on Flag Day, because that was her wedding anniversary.   American history was important to her.  Lincoln was and remained her favorite American President.  Mary would take great pride that she passed away on the 50th anniversary of the Apollo 11 mission.

Among her gifts to her son, was the importance of civics and to be civic minded.    She would welcome discussions and debates on politics with anyone.  She looked forward to Sunday mornings with her  Hank’s brother sister-in-law Rosalie, for that reason alone.    Phone conversations with her sisters, never went without some time spent on politics.  A proud member of the Beech Nut Employees Association, her strong labor background complimented her Roosevelt Democratic roots.

The woman could really read a menu.   The way she read the menu would make you want try anything it.  She wrapped Christmas presents in July.  She taught her son, to always think positive.  She taught him the lyrics of a lot songs, sharing the wonderful music of her youth, but was hip to rock and roll, the Beatles and the music that followed.  Mary loved the New York Yankees and baseball.

Mary’s sense of humor complimented her husband's.  One afternoon, about to cross a busy, traffic filled Constitution Avenue in Washington, ‘Hank’ grabbed her arm to hustle them both across the street.   She yelled:  "We're going to get killed."   Then I heard 'Hank' say:  "If we go, we go together."   Not to be outdone, Mary responded:  "But we're going to go in different directions."   The two of them made it across the street, as they did pretty much every thing else - together.   They even shared a hospital floor for a week in October of 2017, alas in separate rooms.  Though it's possible, that Mary and 'Hank' may have gone in different directions, at different times at the end of their lives, it is beyond doubt that they will find each other again, as they did after World War II, but now will be inseparable.

Mary is survived by her son Jim, her brother Tom, her sister-in-law, Barbara, her brother-in-law, Joe, cousins, nieces and nephews.  Though words cannot express a loss not comprehended, she will be missed, and Jim will somehow be sustained by his relationship with Mom, one that had at its core, genuine friendship.

Share Your Memory of
Mary
Upload Your Memory View All Memories
Be the first to upload a memory!
Share A Memory
Send Flowers