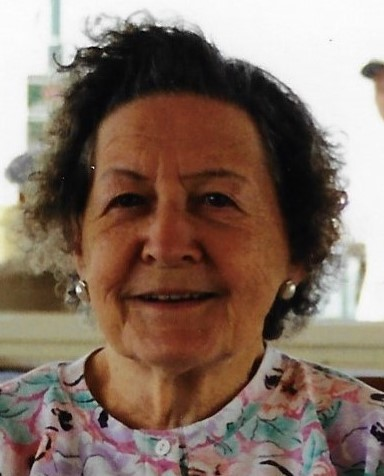 Please share a memory of Ruth to include in a keepsake book for family and friends.
View Tribute Book
Schenectady – Ruth Dickson, 101, was born on February 23, 1920 to Agnes and Peter Hayner. She passed away peacefully on Wednesday June 18, 2021 at Ellis Residential and Rehabilitation Center. She was predeceased by her husband, Peter J. Dickson, in 1989 and her daughter, Joan L. Dickson, in 1998. Ruth is survived by her four other children: Judith Dickson of Schenectady, James (Anna) Dickson of Cambridge, NY, Joseph (Carmen) Dickson of Reseda, CA and John Dickson of Schenectady as well as many grandchildren, great grandchildren and great-great-grandchildren. Ruth had a long rich life. She graduated from St. Columbas High School as class salutatorian. She also graduated from Mildred Elley Business School. Ruth worked as a secretary at General Electric Co. in Schenectady for several years before starting a family. She married Peter J. Dickson in 1947 and raised 5 children while working part-time. She returned to work full-time in 1964 as a secretary for the Schenectady City School District from which she retired after 10 years. Ruth enjoyed music, singing and playing the piano. She sang with the Schenectady Melo-Dears for 40 years as an alto and later a bass. A celebration of Ruth's life will be held on Thursday June 24, 2021 at 1:00 pm at Daly Funeral Home, 242 McClellan St., Schenectady. A calling hour will precede the service from 12:00 noon to 1:00 pm at the funeral home. Interment will be in Most Holy Redeemer Cemetery, Niskayuna. In lieu of flowers, Ruth has requested donations be made in her name to St. Luke's Roman Catholic Church.
To plant a beautiful memorial tree in memory of Ruth Dickson, please visit our Tree Store

Look inside to read what others have shared
Family and friends are coming together online to create a special keepsake. Every memory left on the online obituary will be automatically included in this book.
View Tribute Book
Services for Ruth Dickson
There are no events scheduled. You can still show your support by planting a tree in memory of Ruth Dickson.
Plant a tree in memory of Ruth

Share Your Memory of
Ruth
Upload Your Memory View All Memories
Be the first to upload a memory!
Share A Memory
Plant a Tree