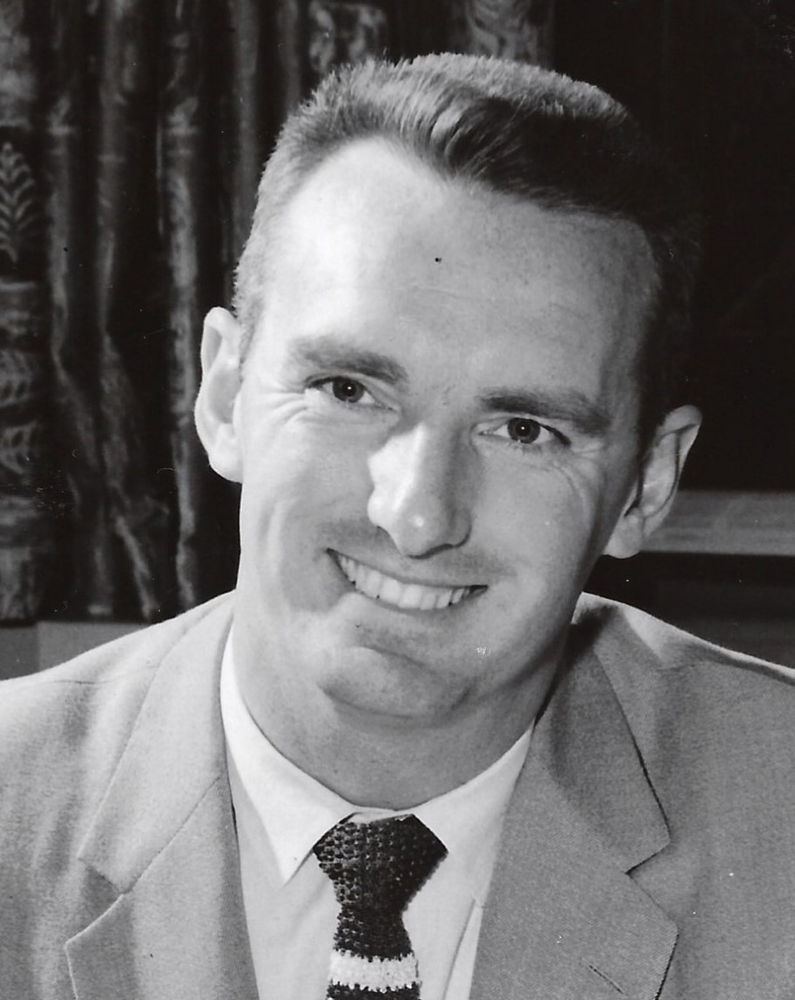 Please share a memory of Donald to include in a keepsake book for family and friends.
View Tribute Book
Retired Schenectady School District administrator, Dr. Donald J. Sayles, 97, died July 5, 2021. He was born in Oneida, NY in 1923, son of the late Henry and AnnaMae Sayles. He grew up in Schenectady's Woodlawn area and was a 1941 graduate of Mont Pleasant High School. He graduated from SUNY Albany in 1948 having left his college studies in January 1943 for 35 months of WWII service in the army military police with 27 months of overseas duty in North Africa and Italy. He received his Masters Degree from SUNY Albany in 1950 and later earned his doctorate in education at Columbia University. His professional career in the Schenectady school system began in 1950 where he taught science and math at Nott Terrace High School. He worked with planners of the new Linton High School having a lead role in the design of the science facilities. In 1954 he was assigned to his first administrative position as Assistant Principal at Mont Pleasant High School. He briefly served as principal of Central Park Junior High School, and from 1957 – 1961 he was principal of Mont Pleasant High School. He worked 16 years in central administration as Assistant Superintendent with varied assignments including special services, elementary and secondary education, and curriculum until his retirement in 1978. Dr. Sayles was active in the Schenectady community: Freedom Forum at a time when it brought notable speakers to Schenectady such as Dr. Martin Luther King, Jr., Harrison Salisbury and Norman Cousins. He served on the boards of the Schenectady Child Guidance Center and the Schenectady Museum when the latter was laying plans for its new museum building. As chairman of the community college sub-committee of the Chamber of Commerce education committee, he pioneered in the effort to alert people of Schenectady County and the County Board of Supervisors to the need, feasibility and promise of a community college of their own instead of continuing to pay for Schenectady's youth to attend the Hudson Valley Community College in Troy. When President Lyndon Johnson launched the Poverty Act in the 60's, Dr. Sayles had a prime responsibility locally for developing grant applications and subsequent activation of programs such as the Schenectady Community Action Program, Head Start, and the Neighborhood Youth Corps. He was involved in the early development of educational television in Schenectady in the 1950's, producing a weekly program called the School Science Spot. Later, over a period of many years, he joined with Steve Fitz of WSNY in a weekly talk show centering on topics in education. Following retirement he spent many years turning the family's summer camp on the Great Sacandaga Lake into a year-round home. Always an avid reader, he also enjoyed movies and sailing, as well as downhill skiing for over 50 years. Dr. Sayles is survived by his two sons, Douglas (Susan) Sayles of Ballston Lake, and John (Maggie Renzi) Sayles of Guilford, CT; his grandson Andrew Sayles; and his niece Christine Morroni. He was predeceased by his wife Mary Rousch Sayles; his brother Burton, and his sister and brother-in-law Doris and Everett West. Interment will be held at the Gerald B.H. Solomon Saratoga National Cemetery.
To plant a beautiful memorial tree in memory of Donald Sayles, please visit our Tree Store

Look inside to read what others have shared
Family and friends are coming together online to create a special keepsake. Every memory left on the online obituary will be automatically included in this book.
View Tribute Book
Services for Donald Sayles
There are no events scheduled. You can still show your support by planting a tree in memory of Donald Sayles.
Plant a tree in memory of Donald

Share Your Memory of
Donald
Upload Your Memory View All Memories
Be the first to upload a memory!
Share A Memory
Plant a Tree