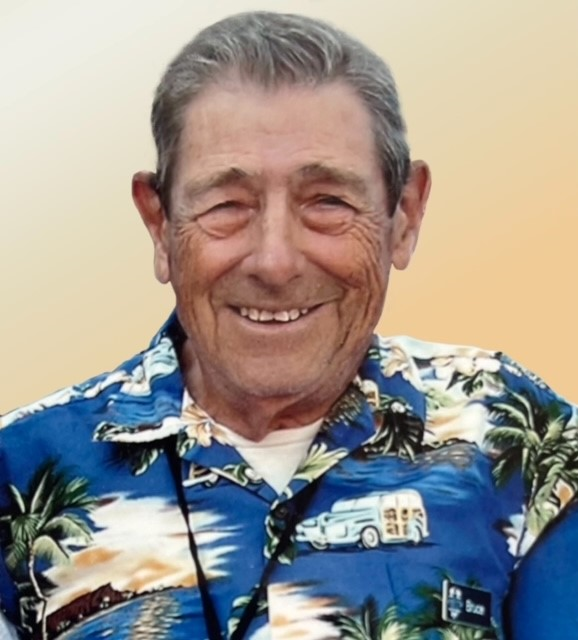 Please share a memory of Bruce to include in a keepsake book for family and friends.
View Tribute Book
Glenville – Bruce C. Benson, 94, passed away Sunday September 26, 2021. Bruce was born in Washington D. C., the son of the late Rev. Jesse and Marcella Benson. He proudly served in the US Navy during WW II in Panama and was part of what Tom Brokaw affectionately referred to as The Greatest Generation. After the Navy, Bruce earned his Bachelor's degree from Lycoming College in Williamsport, PA. He spent most of his professional career with GE and retired from Knolls Atomic Power Laboratory as a Nuclear Engineer. Bruce was a long time member of Eastern Parkway United Methodist Church, elected to Schenectady City Council in 1967, was a Mason and volunteered with Better Neighborhoods, Inc. It was through his volunteering that he met then President of the United States, Jimmy Carter. After retirement, Bruce and his wife Delores moved to Port St. Lucie, FL. There he was an usher for the NY Mets training facility for 14 years where he had his own fan club of admirers among fellow baseball fans. He also had a lifelong passion for boating and spent many memorable hours cruising his favorite rivers. Bruce is survived by his wife of 67 years, Delores C. Benson, children: Brenda (Lance) Little, Brian (MaryAnn) Benson and Barbara (Gino) Bureau, grandchildren: Elissa, Emily, Florence, Jodi, Andrew, Christopher, Erin, Scott, Eric and Nicole, 13 great-grandchildren, his brother Bradley (Anne) Benson and several nieces and nephews. He was predeceased by his sister, Beverly Briggs Jackson. Funeral services will be private at the convenience of the family. Memorial Contributions may be made to the Alzheimer's Association Northeastern New York or the American Cancer Society in Bruce's name.
To plant a beautiful memorial tree in memory of Bruce Benson, please visit our Tree Store

Look inside to read what others have shared
Family and friends are coming together online to create a special keepsake. Every memory left on the online obituary will be automatically included in this book.
View Tribute Book
Services for Bruce Benson
There are no events scheduled. You can still show your support by planting a tree in memory of Bruce Benson.
Plant a tree in memory of Bruce

Share Your Memory of
Bruce
Upload Your Memory View All Memories
Be the first to upload a memory!
Share A Memory
Plant a Tree