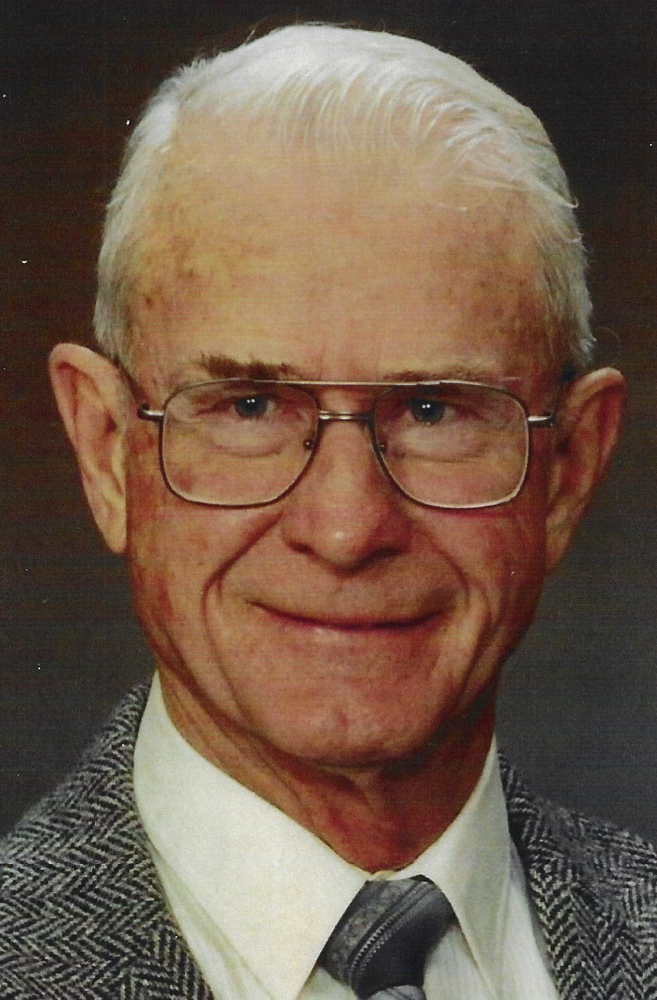 Please share a memory of Edwin to include in a keepsake book for family and friends.
View Tribute Book
Niskayuna – Edwin J. Beyerl, 93, of Kingsway Arms Nursing Home, Schenectady, died Tuesday, December 14, 2021. Born in Schenectady, he is the son of the late Harold R. Beyerl and Helen T. Beyerl. Ed is survived by his children: James E. Beyerl (Barbara), Robert M. Beyerl (Marge) and Nanci L. Beyerl; his grandchildren: Lt. Colonel Thomas Beyerl, USA Jeffrey Beyerl, Mathew White, Randy White and Stacy Lewis (Caleb) and his great-grandchildren Alex Beyerl and Kate Beyerl. Ed was predeceased by his loving wife and best friend, Thelma I. Beyerl (Tippie) and his great-grandson Sylas Lewis. Ed was a graduate of Norwich University (1951) and served in Korea with the Third Infantry Division as a First Lieutenant. Ed was awarded The Combat Infantry Badge, the Bronze Star and the Korean Medal for his service to our country. Upon returning from Korea, Ed attended Albany Law School. With help of his loving wife, Ed graduated in 1956. Upon graduation, Ed joined the Schenectady law firm of Higgins, Roberts, Beyerl and Coan. Ed's Law practice was devoted to mortgage closings and related issues for the Schenectady Savings Bank. Ed retired from the practice of law in 1987 and spent his leisure time with his wife Tippy. He loved riding his motorcycle, golfing at Cronin's Golf Course in Warrensburg and skiing Hawkeye at Gore Mountain, where he earned the name "Hawkeye Ed." He had a passion for neat lawns and spent many hours mowing the lawns at his daughter Nanci's farm, Peaceful Acres Horses, in Pattersonville and his property at South Beach Association, in Lake George. He leaves behind a loving family and neat green lawns. Private calling hours will be Wednesday, December 22nd, from 10:00 am to 11:00 am at Daly Funeral Home, 242 McClellan St., Schenectady. A public graveside service will be Wednesday 11:30 am at Vale Cemetery, Brandywine Ave. entrance. Gifts in Ed's memory may be made to Norwich University, 158 Harmon Dr., Northfield, VT 05663 or Peaceful Acres Horses, 3740 Rynex Corners Rd., Pattersonville, NY 12137.
To plant a beautiful memorial tree in memory of Edwin Beyerl, please visit our Tree Store

Look inside to read what others have shared
Family and friends are coming together online to create a special keepsake. Every memory left on the online obituary will be automatically included in this book.
View Tribute Book
Services for Edwin Beyerl
There are no events scheduled. You can still show your support by planting a tree in memory of Edwin Beyerl.
Plant a tree in memory of Edwin

Share Your Memory of
Edwin
Upload Your Memory View All Memories
Be the first to upload a memory!
Share A Memory
Plant a Tree