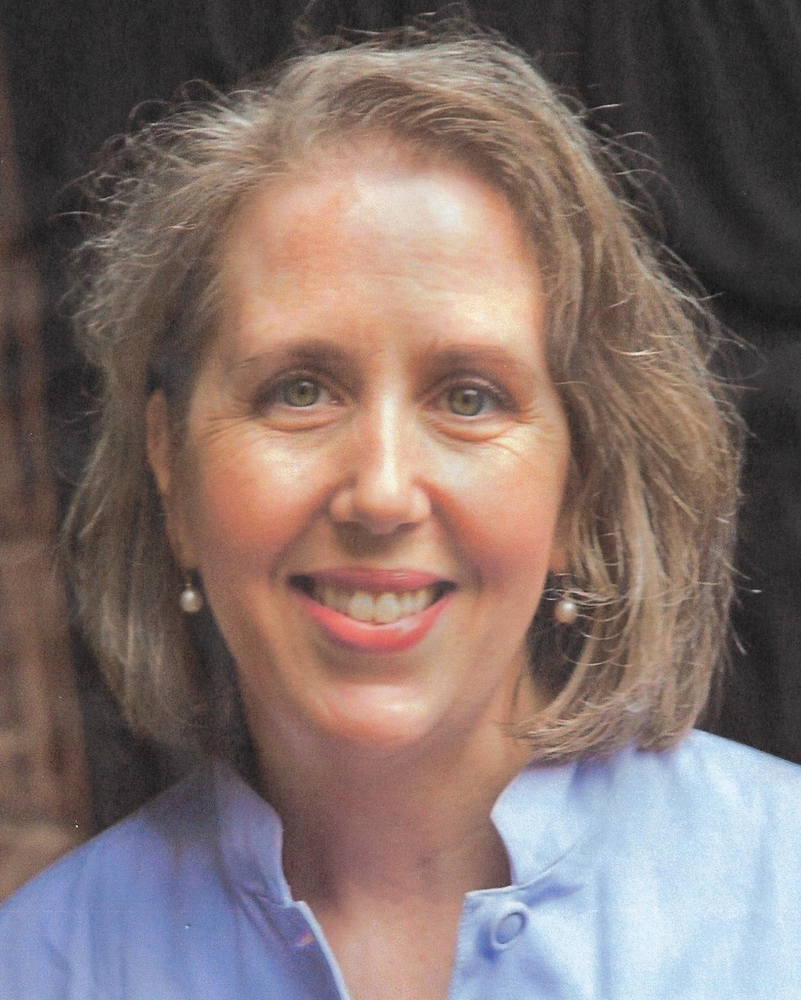 Please share a memory of Jennifer to include in a keepsake book for family and friends.
View Tribute Book
NISKAYUNA – Jennifer Lynn Wegter-McNelly, 52, passed away at home on December 17, 2021 after a difficult four-year-journey with breast cancer. Jennifer was born on January 13, 1969 in Robbinsdale, MN, to Nancy McNelly and the late Jack McNelly. In 1978 she moved to Alexandria, MN, and lived on Lake Latoka with her mother and step-father Terry Slobodzian and, eventually, their two daughters, Jessica and Maggie Slobodzian. As a teen she lived with her maternal grandparents, Margaret and Keith Black of Golden Valley, MN, graduating from Armstrong High School in Plymouth, MN, in 1987. She attended Carleton College for one year and then transferred to Macalester College. In the summer of her sophomore year, she served as Assistant to the Minister at Culross Abbey in Scotland. She graduated from Macalester in 1991, enrolled at Princeton Theological Seminary in 1992, and received her Master of Divinity degree in 1995. In the same year she married Kirk Wegter, a fellow Midwesterner and PTS graduate. She was ordained as Minister of Word and Sacrament in the Presbyterian Church (USA) in 1996. In the following years she served as Associate Minister and Intentional Interim Minister for churches on opposite coasts, including Livermore, Daly City and Vallejo, CA, while Kirk was a doctoral student, and South Weymouth, Boston, Brookline and Salem, MA, while Kirk taught in Boston. Along the way, in 2004, she gave birth to their son, Keller Wegter-McNelly. Her diagnosis came as she was serving churches in Poestenkill and Troy, NY, and working as Protestant Chaplain at Russell Sage College. In addition to her service to these communities, she was denominationally active in the PC(USA) at the local and national levels, serving on numerous governing bodies in three different presbyteries and attending the denomination's General Assembly both as Commissioner and as Overture Advocate. Jennifer was an intrepid advocate for social justice. After college she braved a peace studies program in Northern Ireland amid the political and military conflict there. While in seminary she attended the controversial interfaith feminist "Re-imaging" Conference in Minneapolis and then publicly defended it against critics. She subsequently worked on issues related to hunger, homelessness and healthcare with interfaith organizations in the San Francisco Bay Area, Bronx and Boston. She enjoyed hiking, exploring new cultures and cooking new foods. She was an avid reader and a gifted artist. Her first love was a shelter dog named Barney. She said Kirk compared favorably, on his better days. She instilled in Keller her own demanding moral sensibility and modeled for Kirk the meaning of covenantal relationship. In addition to Keller and Kirk, Jennifer is survived by her mother and step-father, her two sisters, two maternal aunts, Barbara Black and Kathy Carlson, one paternal uncle, Tom Slobodzian, several cousins, and the family dog, Gilead, who was indeed a balm to everyone throughout her illness. In light of current uncertainty about how the pandemic will evolve over the coming weeks and months, a memorial service has not yet been scheduled. Details will be published here once a date has been set. In lieu of flowers, the family asks that donations be made in Jennifer's memory to ongoing breast cancer research at the Dana-Farber Cancer Institute (on the DFCI website: Give Now ? Direct My Gift...? Women's Cancers ? Breast Cancer).
To plant a beautiful memorial tree in memory of Jennifer Wegter-McNelly, please visit our Tree Store

Look inside to read what others have shared
Family and friends are coming together online to create a special keepsake. Every memory left on the online obituary will be automatically included in this book.
View Tribute Book
Services for Jennifer Wegter-McNelly
There are no events scheduled. You can still show your support by planting a tree in memory of Jennifer Wegter-McNelly.
Plant a tree in memory of Jennifer

Share Your Memory of
Jennifer
Upload Your Memory View All Memories
Be the first to upload a memory!
Share A Memory
Plant a Tree