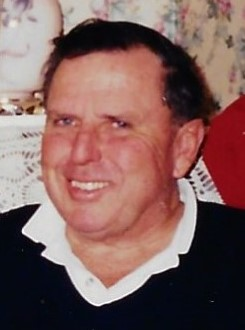 Please share a memory of Paul to include in a keepsake book for family and friends.
View Tribute Book
Schenectady – Paul Connelly, formerly of Priscilla Lane, Rotterdam, died Saturday January 1, 2022. Paul was born in Schenectady, the son of the late Anne (Brucker) and Joseph F. Connelly, Sr. and was a lifelong area resident. He graduated from St. Columba's High School and served in the US Army. Paul started working for Connelly Bros. Dairy and later on became a food salesman with Beech Nut Foods, Nabisco and Ross Food Brokers from which he retired. He was a long time communicant of St. Luke's Catholic Church in Schenectady, where he served as an usher for many years and coached CYO basketball for more than two decades. Paul is survived by his wife Colleen (nee Ginac) Connelly. They recently celebrated their 65th anniversary. In addition to his wife, he is survived by his children: Mary (Adam) Sauer, Ann Ryan, Paul (Lynne) Connelly and Mark (Meghan) Connelly; grandchildren: Jack, Liam, Kim and Joe Connelly, Nikolay Ryan and Kalyn (Jared) Gribben; siblings: Anne Green, Carolyn Mundweiler and Dan Connelly; also many nieces, nephews and cousins. He is predeceased by his siblings: Alice, Bud, Donald, Connie, Jim, Dave, Ned, Pat, Frank, Bill and Betty. Calling hours will be Thursday 4:00 to 7:00 pm at Daly Funeral Home, 242 McClellan St., Schenectady. A Mass of Christian Burial will be celebrated Friday 9:00 am at St. Luke's Catholic Church, 1241 State St., Schenectady, NY 12304. Interment will be in Most Holy Redeemer Cemetery, Niskayuna. Memorial Contributions in memory of Paul, may be made to St. Luke's Food Pantry.
To plant a beautiful memorial tree in memory of Paul Connelly, please visit our Tree Store

Look inside to read what others have shared
Family and friends are coming together online to create a special keepsake. Every memory left on the online obituary will be automatically included in this book.
View Tribute Book
Services for Paul Connelly
There are no events scheduled. You can still show your support by planting a tree in memory of Paul Connelly.
Plant a tree in memory of Paul

Share Your Memory of
Paul
Upload Your Memory View All Memories
Be the first to upload a memory!
Share A Memory
Plant a Tree