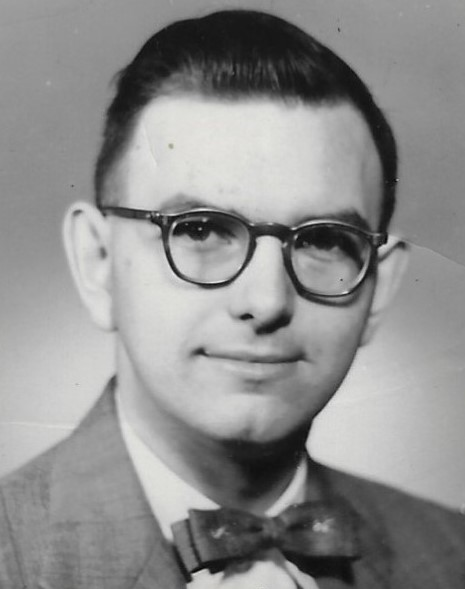 Please share a memory of Donald to include in a keepsake book for family and friends.
View Tribute Book
It is with deep sorrow and much love that we mourn the passing of our father, grandfather, great grandfather, uncle, brother, and beloved husband Donald W. Humphrey, 90, who passed away peacefully Friday February 4, 2022 with his wife Marilyn, of 72 years, at his side. Don was born on June 22, 1931, in the family home in Stillwater, NY. The son of the late Frances (Evers) and Charles Humphrey, he was predeceased by his sister Charlene Wilkins, and brother Carl Humphrey. His is survived by his brother Gerald Humphrey of Bennington, VT. He was a graduate of Arlington Memorial High School in Arlington, VT, attended Union College and was a graduate from the GE Financial Management Program. Don had a long and distinguished career with GE as an Accountant. He was a long time member of St. Stephen's Episcopal Church, Masonic Lodge #63, Arlington VT, Scottish Rite Valley of Schenectady, Cyprus Shriners, National Rail Road Historical Society, Mohawk and Hudson Chapter, Mystic Valley Rail Road Society, Empire State Passenger Association, the Quarter Century Club, and the GE Elfun Society. Because of Don's love of railroads and travel by rail, he has ridden on every route on the Amtrak systems in the U S and explored by rail Canada, Mexico and Newfoundland. In addition, Don and the family traveled throughout the US, Canada and Mexico via travel trailer. Don also loved spending time with family at Sacandaga, Vermont, or wherever there was a family gathering. Don is survived by his devoted wife, Marilyn (Baker) Humphrey, whom he married August 13, 1949 at Trinity Episcopal Church, Granville, NY. He is also survived by their children: Robert W. Humphrey, David A. (Gwynne DeLong) Humphrey, Jane L. (Gordon) Tifft and Julie A. (Marc) Wellman, grandsons: Jeffrey W. Humphrey, Steve (Kim) Tifft, John L. (Nicole) Wellman and Alec D. Wellman, great-grandchildren: Samantha Humphrey, Mattox Humphrey, Jaelyn Wellman, Kendal Wellman, Rylan Monroe-Wellman, Steven Tifft, Jr. and Briella Tifft as well as many beloved nieces, nephews and friends. Calling hours will be Tuesday 4:00 to 8:00 pm at Daly Funeral Home, 242 McClellan St., Schenectady including a Masonic Remembrance at 5 PM. The funeral service will be Wednesday 11:00 AM at St. Stephen's Episcopal Church, 1229 Baker Ave., Schenectady. Interment will be in North Rupert Cemetery, Rupert, Vermont to be held at a later date. Memorial Contributions may be made to: St. Stephens Episcopal Church, Shriners Hospital Springfield, MA and the North Rupert Cemetery Association, 654 Route 30, Dorset, VT 05251
To send flowers to the family or plant a tree in memory of Donald Humphrey, please visit Tribute Store
Tuesday
8
February

Share Your Memory of
Donald
Upload Your Memory View All Memories
Be the first to upload a memory!
Share A Memory
Send Flowers
Plant a Tree