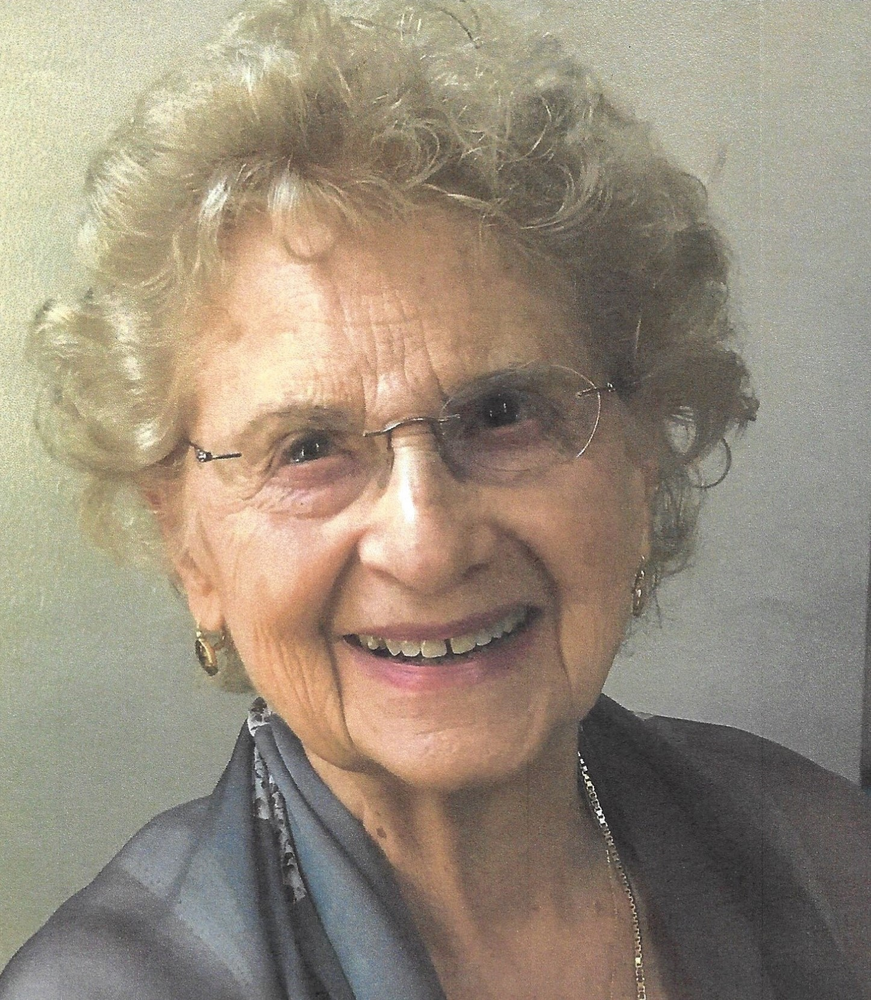 Please share a memory of Cleta to include in a keepsake book for family and friends.
View Tribute Book
Cleta Maria Galvez passed away on Thursday, February 17, in Schenectady, New York surrounded by her family. She was born at home in Brooklyn, New York in 1925. Cleta was the daughter of Arsenio Aliventi, an Italian immigrant, and Marie Grace Cangemi. She grew up in New York City. Marie worked in a garment factory and Arsenio worked as a mechanic and bartender to keep a roof over their heads. Life was modest. Cleta proved to be a talented student, and was admitted to Our Lady of Wisdom Academy, in Ozone Park, N.Y. Post high school, Cleta attended Fordham University and ultimately trained at Saint Mary's Hospital in Brooklyn to become a Registered Nurse. Cleta accepted employment at Saint Mary's Hospital and ultimately assumed the position of Operating Room Supervisor, leading a team. She married, Matthew Joseph Galvez, on June 6, 1953, an enduring marriage of 63 years. She resided in Schenectady, New York where she raised three children. Cleta went back to work as a School Nurse in the Shenendehowa Schools before joining the staff at Niskayuna High School. During this period, she resumed her academic pursuits, supported her husband in his career at The General Electric Company, and assured her children could participate in a multitude of school activities. Cleta was a devoted mother, grandmother, and great grandmother. She is predeceased by her husband, Matthew Joseph Galvez. She leaves behind her daughter, Cleta Maria Galvez; her son, Matthew Steven Galvez; and her daughter, Mary Galvez Burke and husband, William Joseph Burke; her grandchildren, Christine Burke Ferguson and husband, Daniel Patrick Ferguson, Danielle Burke Baker and husband, Benjamin Joseph Baker, Nathan Todd Galvez and wife, Caterina Mosti, Daniel Matthew Galvez; and five great-grandsons, William Daniel Ferguson, John Patrick Ferguson, Matthew Harrison Baker, Jack William Baker and James Lennon Baker, her brother, John Aliventi and his wife, Theresa Aliventi; sister-n-law Nancy Lorenzo, and many beloved nieces and nephews. Cleta is preceded in death by her parents Arsenio and Marie Aliventi. The family extends their sincere appreciation to the compassionate and loving staff of Kingsway Arms Nursing Home. Visitation will be held Sunday, February 20, 2022 at the Daly Funeral home, 242 McClellan Street, Schenectady, NY, between 3:00 and 6:00 p.m. A Mass of Christian Burial will be celebrated for Cleta, 11:00 a.m. Monday February 21, 2022 at St. John the Evangelist Church, 806 Union St., Schenectady. Burial will be in Holy Sepulchre Cemetery in Coram, NY on Tuesday, February 22, 2022 following a brief visitation at O. B. Davis Funeral Home in Miller Place, NY. In keeping with Cleta's lifelong passion for public health, her family respectfully requests all those who attend her services please wear masks and assure vaccination.
To send flowers to the family or plant a tree in memory of Cleta Galvez, please visit Tribute Store
Sunday
20
February

Share Your Memory of
Cleta
Upload Your Memory View All Memories
Be the first to upload a memory!
Share A Memory
Send Flowers
Plant a Tree