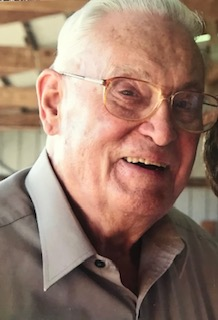 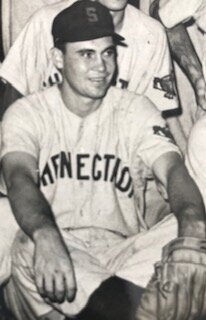 Please share a memory of Walter to include in a keepsake book for family and friends.
View Tribute Book
Habel, Walter “Wally” Schenectady, NY – Walter “Wally” Habel, died Saturday March 26, 2022. Wally was born August 24, 1931 to Henry and Margaret (Ewing) Habel. He is survived by his wife Jacqueline (Francois) of 67 years, son Eric (Anette) Habel of Ballston Lake and daughters Gretchen Herrick of Rotterdam and Jodi (David) Hill of Yonkers. He leaves five grandchildren and four great grandchildren. Wally was a graduate of Geneva (NY) High School Class of 1949 where he was an outstanding multi sport athlete, and Syracuse University with a Bachelor’s degree in 1955 and a Master’s degree in 1959. Signing with the Philadelphia Phillies in 1949, Wally played five minor league baseball seasons culminating with the Schenectady Blue Jays of the Eastern League in 1953 and 1954. In the field of education Wally was a teacher and coach at Pebble Hill School 1955-1960; teacher, coach, assistant principal and athletic director at Onondaga Central 1960-1970; principal at Schoharie Central 1970-1979; and the Superintendent of Gilbertsville Central 1979-1986. From 1958-1969 he was the Business Manager of Pathfinder Lodge (Otsego Lake), an American Baptist Camp. In 1968 Wally was called to become a bi-vocational Baptist Minister serving NYS churches at Cassville, Duanesburg and Meredith. The Capital Area Baptist Assn. ordained him in 1979. Wally served as Pastor of Schenectady Tabernacle Baptist Church from 1986-1993 and Calvary Baptist from 1990-1993. His Baseball Chapel ministry extended from 1979-2004 finishing in Fort Myers, Fla, at the Minnesota Twins training facility assisted by his wife Jackie, as they extended hospitality to many young ball players. He was a member of the Schenectady Baseball Hall of Fame Class of 1987 and Geneva Sports Hall of Fame Class of 1992. Wally’s motto was to serve others in the name of Jesus with God’s help, and that is what he did. His funeral service will be 11:00 am Saturday April 2, 2022 at Daly Funeral Home, 242 McClellan St., Schenectady. Interment will be in Park View Cemetery. No calling hours are planned. In lieu of flowers, donations may be made in Wally’s memory to City Mission of Schenectady.
To send flowers to the family or plant a tree in memory of Walter Habel, please visit Tribute Store
Saturday
2
April

Share Your Memory of
Walter
Upload Your Memory View All Memories
Be the first to upload a memory!
Share A Memory
Send Flowers
Plant a Tree