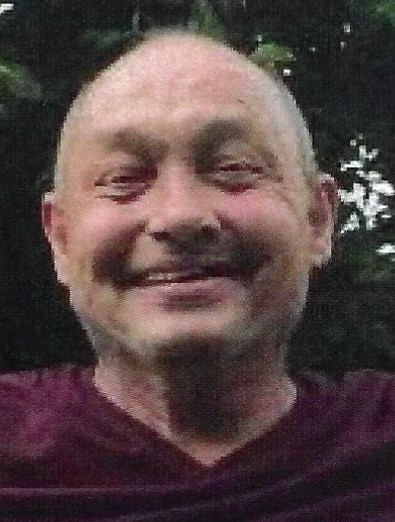 Please share a memory of Kevin to include in a keepsake book for family and friends.
View Tribute Book
Kevin Lee Prusky, age 63, of Scotia, New York, passed away on July 3 after an extremely short battle with liver cancer. Kevin died like he lived, full throttle all the way. Kevin was so many different things to so many people. But in the end, he will be remembered the most for his extreme love. His love could be seen in his big goofy grins and wide-open arms full of warm embraces. Sometimes it appeared in apologies after tense arguments with language that would make a sailor blush, or in lighter ways like his vulgar and off-color sense of humor that was always on standby when you needed to crack a smile. He showed it by showering you with gifts and food, constant calls to check in (sometimes more than we thought we needed), or always being there when you needed a helping hand. And he showed it by adopting you into the family the moment he met you. Yes, Kevin was many things in this life and not all were great. But in the end, Kevin was love. Kevin was born to Esther (Van Alphen) and John Prusky, both of whom passed before him. He was the second youngest of seventeen children and was blessed to be considered his mother's favorite. Kevin is survived by his wife of 28 years, Melody Prusky; his son Zach Prusky and daughter-in-law Kristen Prusky; his beloved grandchildren Ryder and Ayla Prusky; and countless nieces, nephews, great-nieces, and great-nephews. Of his siblings, he is survived by Sharon Prusky, Gail Sward, Shauna Forucci, Lilian LaTour, Stella Prusky, Louis Prusky, and Mike Prusky. Kevin is preceded in death by his parents, several brothers (Earl, Tony, Jake, Francis & Ramon), and two sisters (Dorothy and Catherine). A wake in Kevin's honor will be held at Daly Funeral Home from 2 pm to 5 pm on July 10, 2022. His funeral service is scheduled for 11 AM on July 11, 2022, at the Holy Name of Jesus National Catholic Church on Pearl Street in Schenectady. If you would like to give something instead of flowers, please donate to the funeral expenses at https://gofund.me/b953e1e7 or to the Holy Name of Jesus National Catholic church.
To send flowers to the family or plant a tree in memory of Kevin Prusky, please visit Tribute Store
Sunday
10
July

Share Your Memory of
Kevin
Upload Your Memory View All Memories
Be the first to upload a memory!
Share A Memory
Send Flowers
Plant a Tree