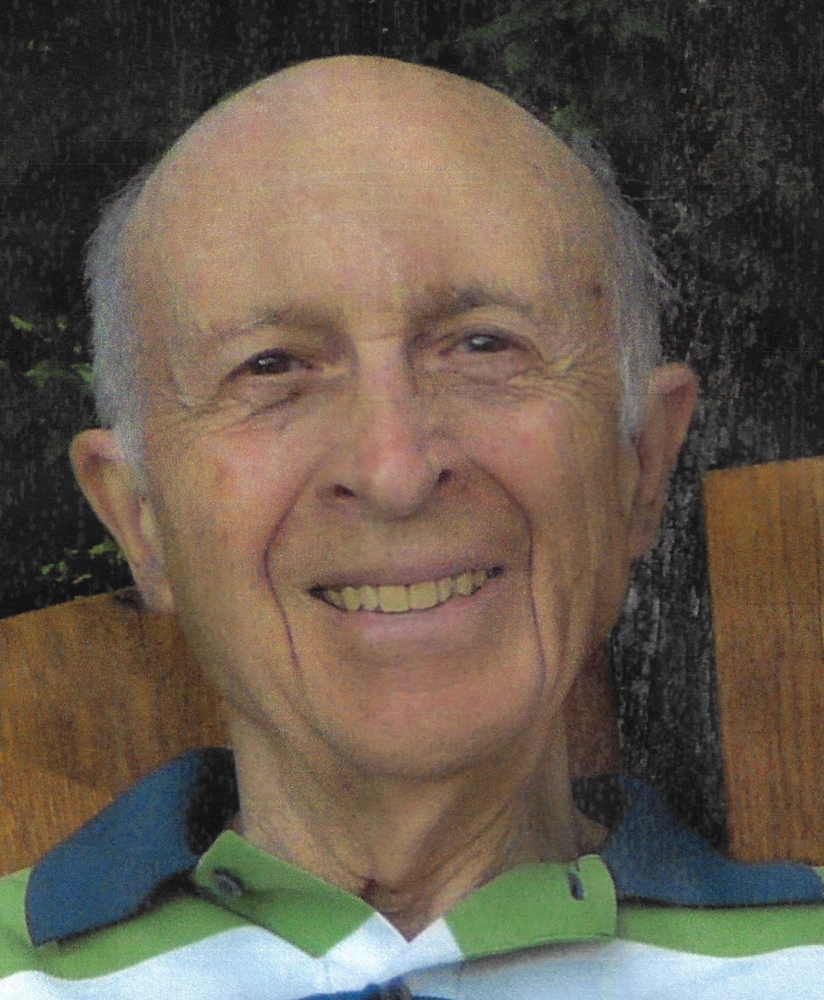 Please share a memory of Francis to include in a keepsake book for family and friends.
View Tribute Book
Fancis J. Scheib passed away on Thursday, December 29, 2022, in Niskayuna. Quite appropriately, our dad was born exactly three weeks after inventor Otto Rohwedder debuted the first sliced-bread machine. And while some might argue we needn't say more, his many offspring disagree. Let us tell you a bit about Francis…who was our true delight...a gentle and sweet soul that we are all so very sad to lose. Dad lived as his heart directed, his bright eyes and smile reflected a man overflowing with kindness, curiosity and adventure. He was born in Seward, Nebraska, later moved with his family to Boulder to attend the University of Colorado, and eventually landed as an engineer in Schenectady with GE where he met and married Joan, his bride of 66 years. Mom was his true love and there was barely a day they were apart. Together they embraced the joys and challenges of raising seven children and becoming active members in the communities where they lived. Later, as the kids finally moved out of the house, they traveled extensively to visit family and friends around the country and journeyed many times to Europe searching for a deeper understanding of their roots. In his own way, and with us testing his resolve often, Dad taught us about life with an early focus on the basics: sledding, bike riding, swimming, dancing, fixing stuff, board games, camping and the dreaded math homework. As we grew, camping turned into backpacking, simple tools became power tools, and bicycle training evolved into driving lessons and home auto repair. Seven new drivers can destroy clutches at a budgetarily alarming rate (truthfully, Mom helped us with that too). Through it all, Dad was a fun and inspiring teacher with endless ideas and even more patience. Our treasured memories always include the hiking and camping trips we took in New York, Vermont, Wyoming, Idaho-and most unforgettable-those in the Rocky Mountains of Colorado, where we were joined by extended family and friends. Dad was addicted to only two things in life, his family and Consumer Reports. The latter drove Mom a little crazy, but she found comfort in surprisingly reliable appliances with no extended warranties. Ever the engineer, his to-do lists and organizational skills were legendary-to the point where even our vegetable cans were arranged on a first-in first-out system. As our friend Gay Doolittle wrote, "For all the years your family lived in our neighborhood, we would simply follow the mantra "What would Frank do?" We always knew that Frank would have done all the careful research beforehand, and we would never go wrong just following his advice." Dad was constantly reading and he studied and wrote about many topics. Over the last 30 years though, he was particularly moved by the connection between the universe story, our natural earth and human spirituality. Perhaps the most valuable advice he shared, was to always stay aware, listen closely to your restless heart, and take action when it leads you to pursue knowledge, justice and positive change. In partnership with Mom, they led by example as they helped incubate and energize many important organizations including the Community Loan Fund of the Capital Region, Hospice of Schenectady and Roxbury Farm CSA. In the words of Dad's dear friend and mentor, Brian O'Shaughnessy, "Francis was a very special example of how humans are supposed to embrace this gift of life with loving awareness and daily thanks and wonder." Francis was ever grateful for everyone in his life, and especially his grandchildren who brought him so much happiness and optimism for the future. Dad never hesitated to say, "I love you" and nothing felt more genuine than saying it back to him. We love you Dad. Thank you for everything. With love from his children, Mary Jo Swiggett (Robert Swiggett), John Scheib, Katherine Scheib (David Holodak), Daniel Scheib (Lynda Kelly), Julie Scheib-Feeley (David Feeley), Paul Scheib (Kim Packard-Scheib), and Roslyn Dahl (Eric Dahl); his eleven grandchildren, Sam, Nick, Gabriel, Clare, Cecilia, Sonja, Kayla, Tommy, Lars, Andrew, and Brendan; his brother Joe Scheib (Gigi Scheib), his sister Marianne Brosseau, and his many nieces, nephews and their families. We also honor the memory of Dad's sister Maggie Schmoker (Dean Schmoker), and his parents, Joseph and Agatha Scheib. A celebration of life for Joan and Francis Scheib will be planned for the spring or early summer. We hope you will all join us. In lieu of flowers, donations may be made in memory of Francis to the Community Loan Fund of the Capital Region (mycommunityloanfund.org), The Community Hospice (communityhospice.org), or to the charity of your choice.
To plant a beautiful memorial tree in memory of Francis Scheib, please visit our Tree Store

Look inside to read what others have shared
Family and friends are coming together online to create a special keepsake. Every memory left on the online obituary will be automatically included in this book.
View Tribute Book
Services for Francis Scheib
There are no events scheduled. You can still show your support by planting a tree in memory of Francis Scheib.
Plant a tree in memory of Francis

Share Your Memory of
Francis
Upload Your Memory View All Memories
Be the first to upload a memory!
Share A Memory
Plant a Tree