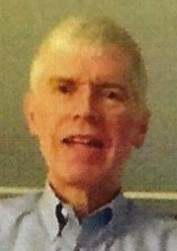 Please share a memory of Stephen to include in a keepsake book for family and friends.
View Tribute Book
Scotia Stephen Michael Hennessey formerly of Baker Ave in Schenectady New York, passed away at the Joan Nicole Prince Hospice Home in Scotia, New York. He died on January 9th at the age of 67. Born on November 28th, 1955, in Beverly Massachusetts, he was raised and lived in Schenectady New York. He is predeceased by his father Stephen John Hennessey and his brother James Hennessey. He is survived by his mother Doreen Hennessey, sister Brenda Lewis, as well as Brenda's husband Martin and children Kaylee and Jonah Lewis of Connecticut. Stephen had a lifelong passion for psychology and was a graduate of Hofstra University where he received a PhD in clinical and school psychology. He worked in various settings throughout his career including NYS disability services, school systems, and human services. Stephen was quiet; He preferred to listen, but anyone who knew him enjoyed his quick wit and sense of humor. He was a man of few words who could talk about anything. A Catholic mass will be held at Saint John's the Evangelist church in Schenectady at 11:00 am on January 13, 2023. Burial will follow at Most Holy Redeemer cemetery; Troy Schenectady Rd. Stephen will be buried next to his brother James. Friends and family are invited back to Doreen's house at 1468 Baker Ave. for a celebration of life.
To send flowers to the family or plant a tree in memory of Stephen Hennessey, please visit Tribute Store
Friday
13
January

Share Your Memory of
Stephen
Upload Your Memory View All Memories
Be the first to upload a memory!
Share A Memory
Send Flowers
Plant a Tree