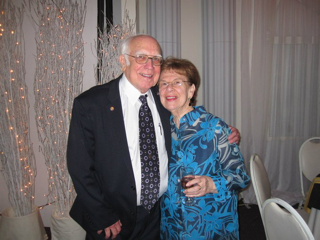 Dick was born January 10, 1936 the son of the late Sylvanus John and Hazel Marcella Kelly.  He grew up in Schenectady and graduated from Mont Pleasant High School.  Dick earned his BA in Sociology from Hope College and went on to get his Masters Degree in Social Work from University of Michigan.  He proudly served in the US Navy Reserve and then the US Army Reserve where he retired from as a Colonel.  Dick was a Clinical Social Worker for many years, serving several organizations, most notably the Northeast Parent and Child Society.

Dick was a member of Northway Fellowship Church, where he was a bulwark of the church. serving in many capacities.  He was a member of the Saratoga Arts Council, Civil War Roundtable of Albany and the Lincoln Forum (which he attended in Gettysburg each year).

He has fought the good fight, he has finished the race.  “Well done thou good and faithful servant.”  When a man like Dick leaves this world, he does not leave it untouched.  Our hearts break as we remember how generous he was with his love.  But we take comfort in the promise that for all who know our Lord and Savior Jesus Christ, it is not good-bye, but until we meet again.  And to the many lives he touched, a legacy has been gained.  So as we continue to run our race, we pick up the baton Dick left behind and love God, love one another and celebrate life.

Share Your Memory of
Richard
Upload Your Memory View All Memories
Be the first to upload a memory!
Share A Memory
Send Flowers