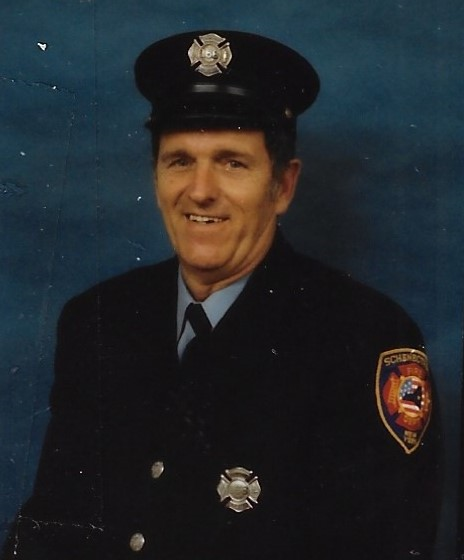 Please share a memory of Everett to include in a keepsake book for family and friends.
View Tribute Book
Everett J. Gage, 84, passed away Sunday February 14, 2021 peacefully at home surrounded by his loving family. A lifelong Schenectady area resident, Everett was a Schenectady Firefighter for 27 years, retiring in 1993. He loved fishing with his friends and hunting at the Gage camp in Wells, NY where the guys affectionately called him "The Dictator". He towed cars for Holmes and Kugler for over 50 years. Everett was very proud of his children and grandchildren who he had a special bond with. His daughters-in-law and son-in-law were always there when he needed them as were his grandchildren. He was predeceased by his parents John and Grace Gage, brother William Gage and sister-in-law Patricia Gage. Everett is survived by his wife Joan of 63 years, sons: John (Donna), Joe (Maria), Brian (Missy) and his daughter Diane (Dave) Barone, grandchildren: Rene(Kyle) Groat, John Fitzgerald, Alexis, John, Jason, Michael, Austin, Victoria Gage all of Rotterdam, one great-granddaughter Sophia Groat and brother Donald Gage. Special thanks to his cousin Gerald Orsini and friends, Bill Cain and Peter Zeppetelli who visited him on a regular basis, bringing him coffee and donuts. Special thanks to all his friends he hunted and fished with over the years and special thanks to Dr. Arthur Stevens for all the help he gave the family in their time of need. Calling hours will be held Thursday 5:00 to 8:00 p,m, at Daly Funeral Home, 242 McClellan St., Schenectady. Interment will be at a later date. In lieu of flowers, the family wishes you to consider donations to the Community Hospice of Schenectady County in Everett's name.
To plant a beautiful memorial tree in memory of Everett Gage, please visit our Tree Store

Look inside to read what others have shared
Family and friends are coming together online to create a special keepsake. Every memory left on the online obituary will be automatically included in this book.
View Tribute Book
Services for Everett Gage
There are no events scheduled. You can still show your support by planting a tree in memory of Everett Gage.
Plant a tree in memory of Everett

Share Your Memory of
Everett
Upload Your Memory View All Memories
Be the first to upload a memory!
Share A Memory
Plant a Tree